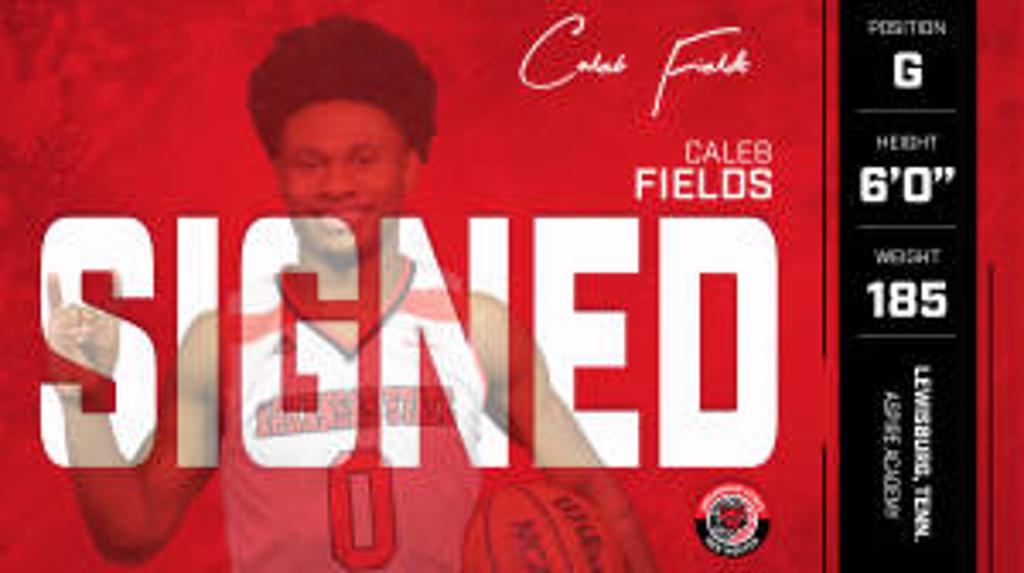 “My goal was to identify talented high school players in the class of 2019 that would continue to build an Arkansas State basketball team that the community would be proud of,” said Balado. “All three young men in the early signing period are excellent citizens, students, and high character people that will fit in well with the culture we are trying to build.”

Caleb Fields | G | 6-0 | 185 | Lewisburg, Tenn. | Aspire Academy
An athletic and speedy point guard, Fields is in his second season at Aspire Academy in Louisville, Ky. As a junior last season (2017-18) with the Wizards, Fields averaged 10.3 points on 44.6 percent (58-130) shooting. He pulled down 3.6 rebounds per game while dishing out 124 assists (6.5 APG) against 64 turnovers in his 19 games played. Prior to his time at Aspire Academy, Fields was ranked as one of the top players in Tennessee by multiple publications. Fields shined in summer ball for Adidas Team Carroll Premier in which he averaged 11.3 points, 3.7 assists and 2.7 rebounds while shooting 49 percent from the field over 12 games played.

Head Coach Mike Balado
“Important attributes we were looking to add to our team in the 2019 recruiting class were speed, athleticism, and toughness. Caleb addresses all those needs plus more! We believe he is a true leader, which is something we always value in the point guard position. I look forward to getting him on campus and working with him on expanding his game.”

Jeremy Kipness, Aspire Academy Head Coach
“We would like to congratulate Caleb and his family on all the hard work, dedication and sacrifice culminating in this opportunity to not only play the game he loves at the next level, but further his education. Caleb exemplifies what it means to be a true ‘student-athlete’, always representing the Aspire program in a first-class manner. Coach Balado and his staff will be getting one of the toughest and grittiest guards around, relentless in his pursuit to always make his teammates around him better.”