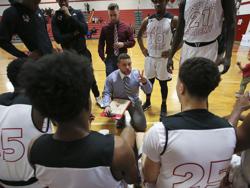 Friday night’s fifth-year reunion at Fourth Street Live, welcoming back the city's last college basketball team to win a national title, was organized on behalf of one of Louisville’s local schools.

And that school wasn’t the University of Louisville.

Members of the Cardinals’ 2013 team – all but Gorgui Dieng, who had prior obligations, are said to be attending – will celebrate with the public at 6 p.m., and proceeds from the $20 cost of admission will go to Aspire Academy, the basketball prep school entering its second year in Louisville.

Friday’s reunion, honoring a team that had its title stripped via NCAA sanctions, was an idea that originated with Aspire head coach Jeremy Kipness, who was a student manager for Louisville’s 2013 team, and former Cards player Luke Hancock.

Aspire’s first season in Louisville will be remembered mostly for Charles Bassey, the five-star big man who starred as a junior for Aspire before recently reclassifying and enrolling at Western Kentucky as one of the nation’s top prospects. Bassey is set to be a freshman this season at WKU, one of seven who played for Aspire last season and ended up at an NCAA Division I program. 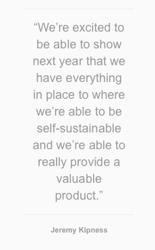 As Aspire’s program continues to make a home as a relative newcomer in Louisville, it’ll have new players in 2018-19 as well as a new post-graduate program, a new campus – last week brought news of its move from DeSales to Holy Cross – and new staff members.

Friday’s event, however, is another indication of Aspire's ties to the Rick Pitino era of Cards basketball.

Tim Barnett, founder of the F.O.C.U.S. Basketball Academy in Louisville, is set to serve as head coach of the new post-graduate team.

You may like: Who will start for U of L next season? Five combos Chris Mack can use

Roger McClendon, who starred as a player at the University of Cincinnati in the 1980s and worked previously as chief sustainability officer for Yum Brands, was hired to help with the financial aspects of Aspire’s existence.

With that in mind, McClendon helped negotiate Aspire’s move from DeSales to Holy Cross. The biggest motivation in moving was the availability of dorm-style housing for players, which McClendon said, “sets up a long-term partnership and relationship that will work to keep the program sustainable.”

“All these programs cost money,” McClendon said. “You have to fundraise. You have some of the students that can afford to pay, and folks that can’t you try to help compensate with scholarships or ways to raise money for them.”

Last school year, Aspire’s players attended classes and practiced at DeSales while living in a house the school had rented in Middletown.

“Last year, it was very tough,” Kipness said. “We were traveling 30 minutes to and from school every day. We don’t have that residential facility right on campus. And then from a financial standpoint, it gets very expensive.”

After an initial year in Arizona that predated the move to Louisville, Aspire’s program now heads into a second year with a new look – but a background that remains apparent.

“Obviously, I’m a Pitino guy,” Kipness said. “I’ll support Coach Pitino until the day I die. But I think Coach (Chris) Mack is the perfect guy for the job. I’m really excited about the growth of the university.

“With Louisville being Aspire’s home, anything that can benefit the city is a positive for us.”