How one of the nation's top 2019 prospects, Charles Bassey, ended up playing in Louisville

Strange as it seems, Charles Bassey and basketball are still getting to know each other.

Growing up, he didn’t even like basketball. He played soccer until age 12, when — as the story goes — a coach in his native Nigeria discovered Bassey as a 6-foot-1-inch kid selling fried chickens on the roadside.

Basketball, as it turns out, loved him back. Bassey was good enough to where at age 14 he left Nigeria for the United States, enrolling in a private school in Texas and excelling as a freshman.

“He’s got the potential to be one of the greats,” Kipness said. “I mean, the skill set, the athleticism, the God-given talent, it’s there. But what impresses me is the intangibles he comes with every single day. I mean, he is such an incredible kid.”

The story of how Bassey went from a basketball unknown in Nigeria to Louisville and his current status as the nation’s No. 3 overall 2019 prospect (per 247 Sports’ composite rankings) is as multi-faceted and remarkable as Bassey’s talent itself.

First off, the roadside chicken story? Yes, it’s true, said Hennssy Auriantal, who is now Bassey's guardian and a leading figure in the young man's basketball and educational career in the United States.

A native Canadian, former college player at the University of Wisconsin and later an assistant coach at Jackson State, Auriantal has operated Yes II Success, a Dallas-based organization that has placed international basketball players in private high schools in the United States while also sponsoring an AAU team. 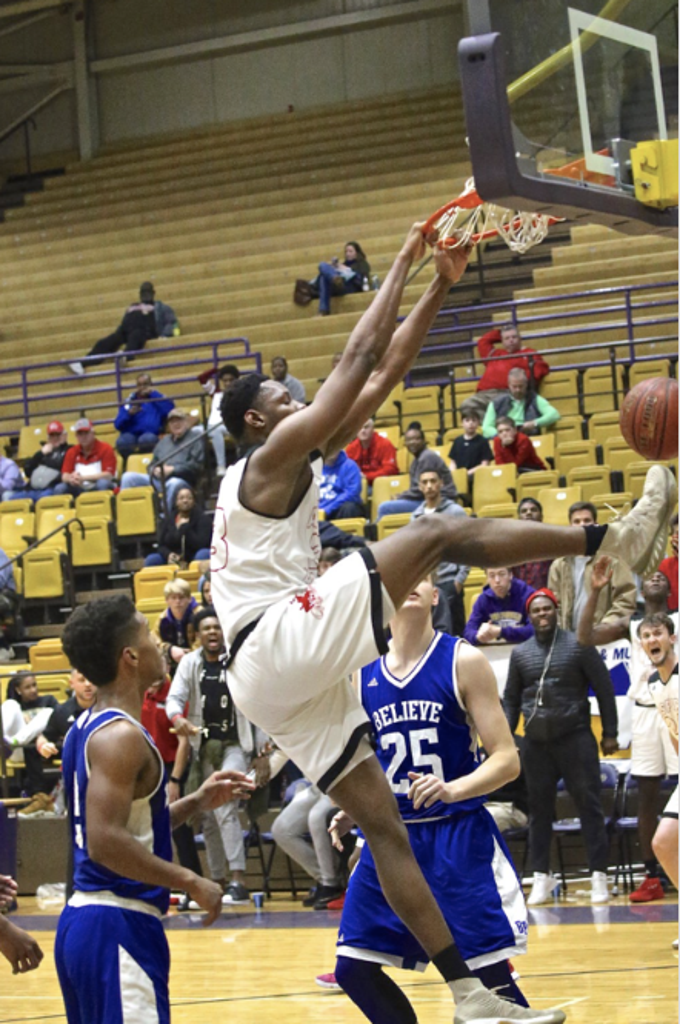 Charles Bassey finishing above the rim strong in game vs. Believe Prep at the Grind Session 'Hoopin' on the Hill' on February 2, 2018 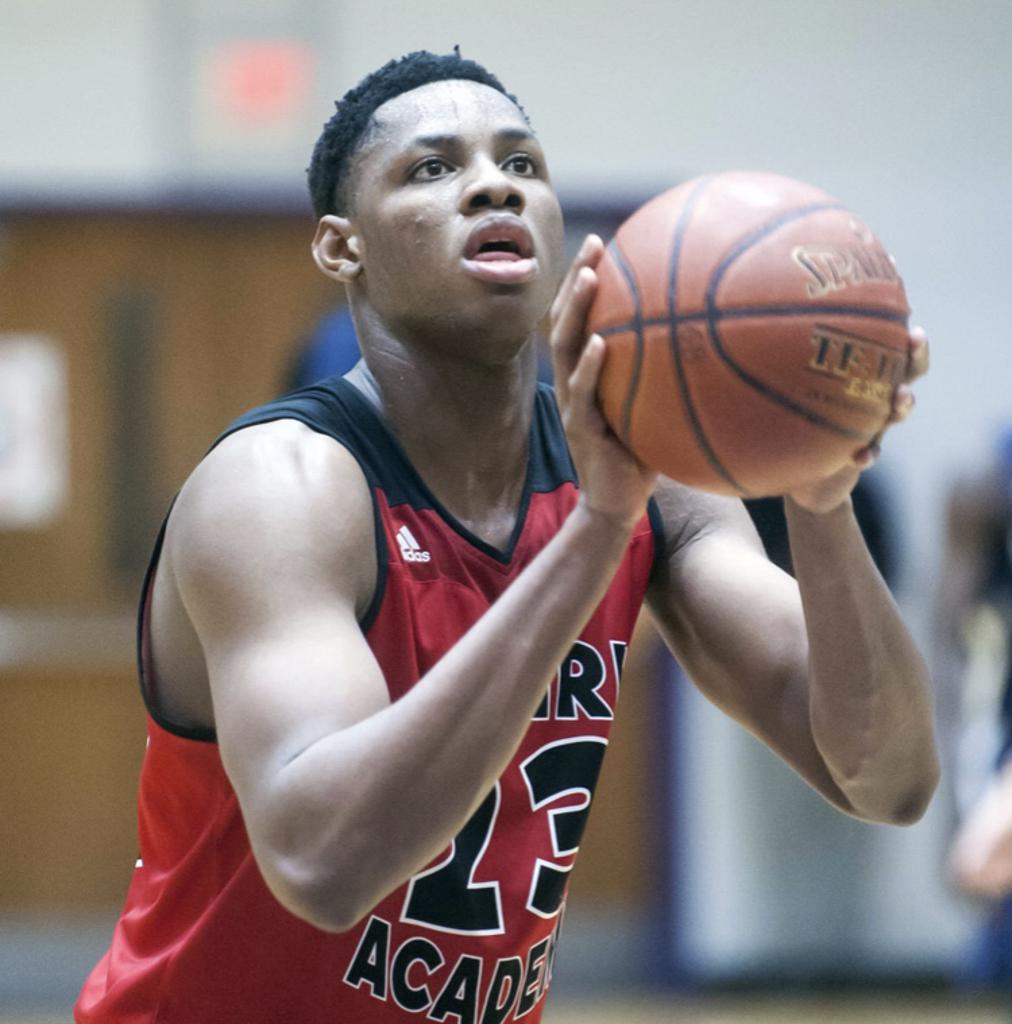 Charles Bassey getting ready to shoot his free throw in game vs. Prolific Prep at the Grind Session 'Crush in the Valley' on January 27, 2018 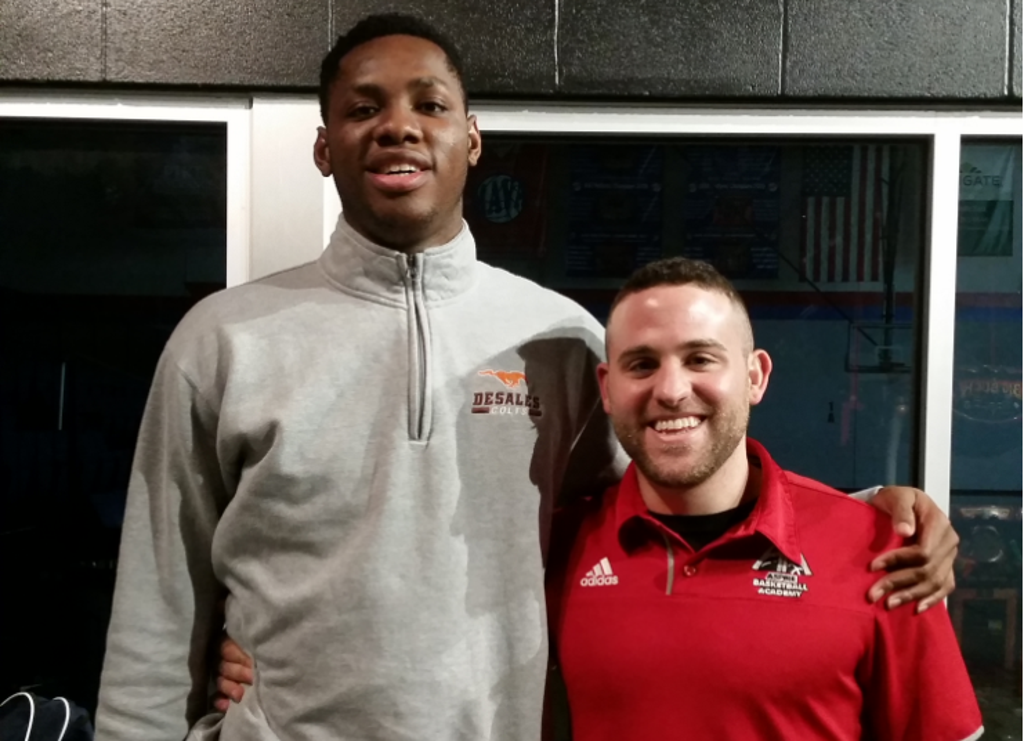 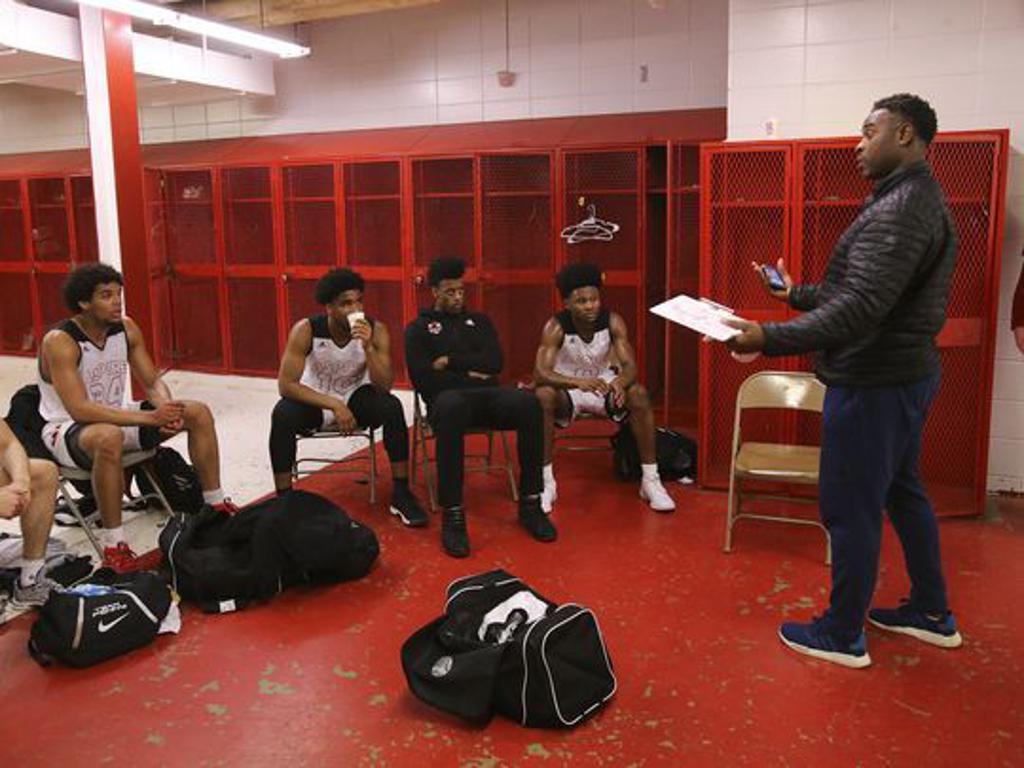 Auriantal said he has known Bassey since he was 12, prior to the young man leaving Nigeria.

“I didn’t want to leave at first,” Bassey said. “My parents talked to me about the good schools, good education, good technology, good environment. … I just had to do that for me and my family.”

After Bassey led St. Anthony to a 32-win season as a freshman, The Texas Association of Private and Parochial Schools declared Bassey and teammates ineligible the following November. The ruling was tied to improper financial benefits and “sponsorship by a charitable organization for tuition, room and board,” according to the San Antonio Express-News.

“We didn’t know anything about that,” Auriantal said. “I got hired and I brought them with me, like any parent, any family would do. I didn’t do anything different than a regular parent would have done. It just went out from proportion.”

Auriantal’s Yes II Success was registered as a nonprofit organization but had its nonprofit status revoked on May 15, 2017, for “failure to file a Form 990-series return or notice for three consecutive years,” according to the Internal Revenue Service's database.

The goal of Yes II Success, according to its Facebook page, has been “to provide an educational path for international students utilizing athletics” and to “facilitate the integration into private schools in the U.S., scholarships for higher education and athletic opportunities.”

“You have to understand, these kids are trying to get a better education,” Auriantal said. “Their sports allows them to leave. It happened to me too. I wanted to have a better education, so I had to leave my country. … Once in a while, somebody will say, ‘Can you help me with a kid?’ … You don’t know anything, but if the kid works and develops, wants to go in the gym every day, then it’s according to his work ethic.”

Last year, a Bexar County, Texas, judge awarded Auriantal and his wife custody of Bassey, according to the Express-News.

This past summer, soon after an investigative Express-News story detailing Bassey’s road to San Antonio, Auriantal was fired from his position at St. Anthony.

Debra Del Toro, communications director for the University of The Incarnate Word, which runs St. Anthony, did not return a call by Courier Journal for this story.

Auriantal’s exit in July spawned a rapid search for a new school to welcome Bassey and his St. Anthony teammates, which led them to Aspire.

“Jeremy (Kipness) is a good person. That’s all we’re looking for, a good person. From there, the relationship grew," Auriantal said. "… Basketball is just a sport. Go out there and play. But the person, that’s what got us in the door.”

Kipness said it was like if the players came to a Kentucky High School Atheltic Association school and wanted to play. "They wouldn’t be eligible. There’s rules in place for a reason, but a lot of times it kind of hinders and hurts the kids," he said.

“I think they’re in an environment now where they’re able to really develop and grow without worrying about any of those outside noises,” Kipness said.

Kipness has firsthand background with basketball in Africa as well. After serving as student manager for the University of Louisville men’s basketball program from 2011-14, Kipness went to Senegal, where he lived and worked with Sports for Education and Economic Development.

After an inaugural season in Arizona, Kipness’ Aspire program moved to Louisville, where he rebuilt the roster from scratch on short notice. Adding the St. Anthony players — and a star like Bassey — was a critical part of that effort.

“He’s a very close friend of mine,” Kipness said of Auriantal. “I really trust his basketball mindset. He played at Wisconsin for Dick Bennett. Having him, he helps out when he can at practice. He’s not always there, but just having him, he’s an instrumental role in everything we do at Aspire.” 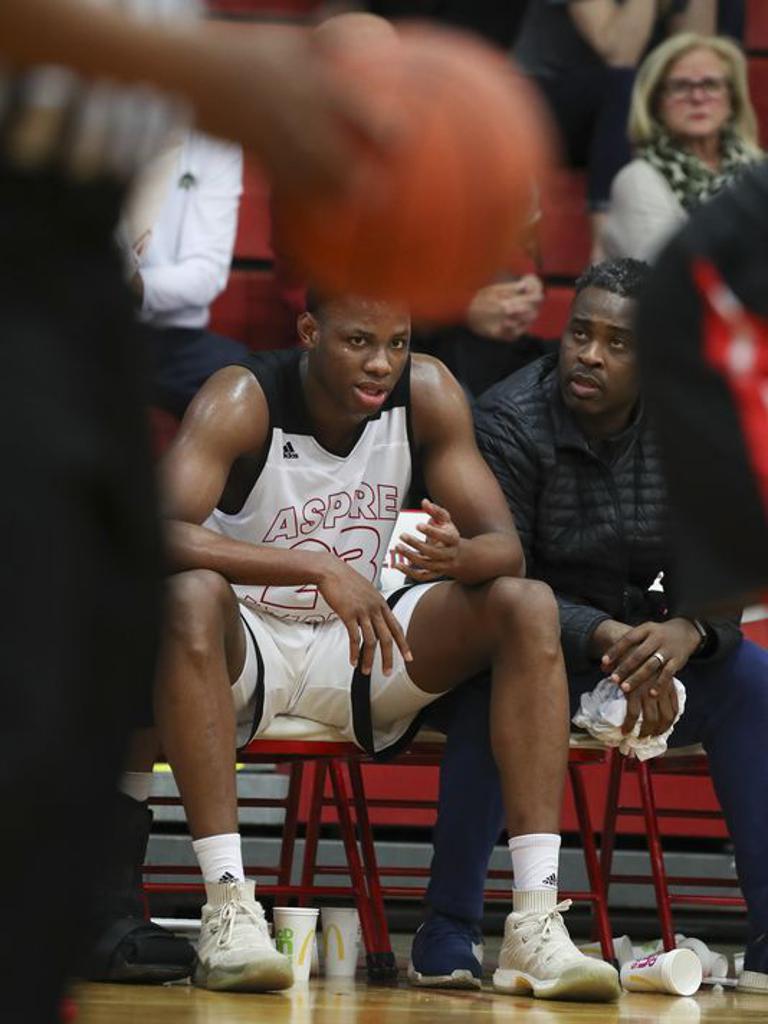 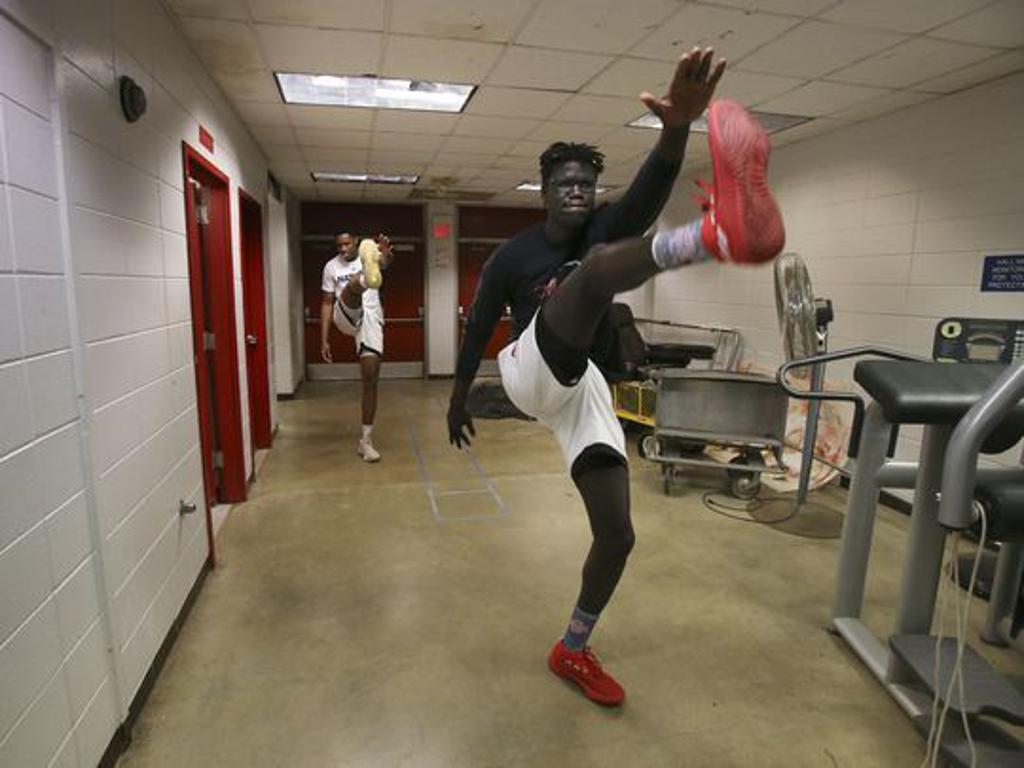 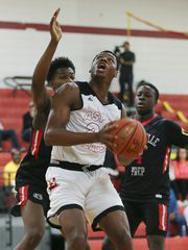 Bassey has continued to shine on the court for Aspire. He is set to participate this weekend in the Basketball Without Borders Global Camp held in conjunction with the NBA’s All-Star Game.

And his recruiting stock has continued to grow, with schools like Kansas, Cal, Western Kentucky, UCLA and Wake Forest among those mentioned by Auriantal when asked about Bassey’s list.

More on this: WKU is in the mix for nation's top 2019 recruit Charles Bassey

“Different schools talk to my parents and stuff like that. My parents just let me know which schools,” said Bassey, who said he expects to wait until his senior year to make a decision on a college.

While Bassey plans to return to Texas for AAU summer league games this year, Auriantal said Bassey would probably return to Aspire as a senior.

“It’s a good fit because he’s just playing the game he loves, going to school and there’s no distractions — unnecessary distractions,” Auriantal said. “We’re not looking for good publicity. We don’t need it. We don’t want it. It just happened to come to us for whatever reason, but it’s not important. What’s important is that they’re happy. They have a smile on their face. They’re in an environment where they are accepted.”