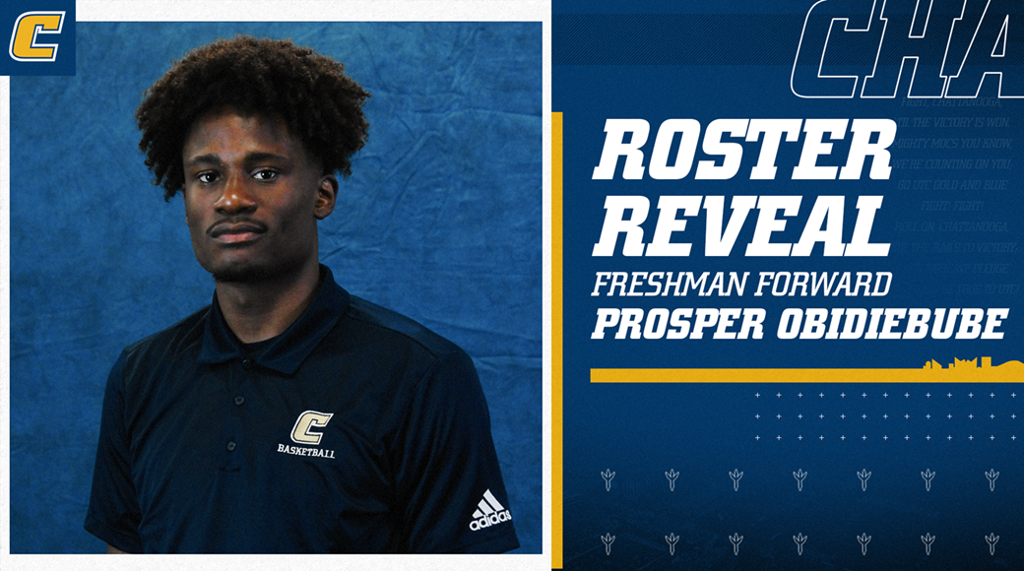 It's time to meet our student-athlete that probably brings with him the biggest question mark on this year's team. How do you pronounce that name?

Ok, ok. (Takes deep breath) oh-BEE-dee-A-BOO-bay. But if you're a little gun-shy, he happily goes simply by "Obi". It's a funny story how "Obi" first came about.

"Back home, we write our last name first and first name last," he began. "When I got to the states, it's just the opposite. People thought (Obidiebube) was my first name. That's how people first called me 'Obi'."

That led to the inevitable Star Wars ties. He's embraced it.

"I've been a Star Wars fan," he chuckled. "Some people say Prosper is a very nice name. It doesn't matter to me whether they call me Obi or Prosper."

There's always more to the story. Now when we tell you this guy is an electrifying athlete, it's kind of an understatement. There's a lot to get excited about with Prosper Obidiebube.

"Prosper has an extremely high ceiling," Coach Lamont Paris noted. "I think I said this when he signed, but not only is he a high-level athlete, but it's what I like to call functional athleticism. His ability to change directions quickly and start-and-stop effortlessly really catches a coach's eye. The fans will love his verticality."

He smiled and added, "we may have to dust off our lob plays."

A native of Lagos, Nigeria, he has a special tie to the history section. When you have the trophies and memorable moments this program boasts, it's easy to get lost in them. But there are ones that jump off the page.

One of the crowning achievements is the 1997 Southern Conference Champions. That crew went from an overtime victory in the SoCon Tournament final over Marshall, on a last-second follow by Chris Mims, to first and second round wins over nationally-ranked Georgia and Illinois to reach the NCAA Sweet 16. How does our current hero tie into that tight-knit group?

He's the first Nigerian on the squad since reserve forward Akintoye Oloko who was a 3-year letter winner completing his career with the close loss to Providence in Birmingham in 1997. So what brought Obi first to the U.S., then Gig City?

"At first I thought, what am I getting myself into? We were up at 5 in the morning, no breaks, it was tough. I embraced it, and to this day, it helps because it takes a lot of work (excelling) in basketball and school work.

"It continued at Aspire and now here (in college) with class, lifting and workouts."

He then shifted to what brought him to Chattanooga. It echoes what other newcomers have said as it applies to the vision from the coaching staff.

"This was the hardest decision of my life choosing between the schools recruiting me," he continued noted that it came between the Mocs and Valparaiso. "I really like the environment at UTC and Coach Paris. He impressed my mom too. I had every school that recruited me talk to my family. That stuck with me.

"He told me where I could improve and really knew my game. He told me everything about how I would fit here. I was sold with that vision for me."

Obi is the type of athlete that absolutely keeps you on the edge of your seat. As his basketball skills match his athletic prowess, the sky is the limit on where it can take him. However, his balanced focus including his education will serve him well for a lifetime. Maybe that's why he's called 'Prosper'.